Previously, five minutes were available for finding a lost ball.

Now, the maximum search time is only three minutes.

Good to know: Most balls were previously found within three minutes and searching during the last two minutes was often unsuccessful – it is therefore not expected that this rule change will have a negative impact on scores. 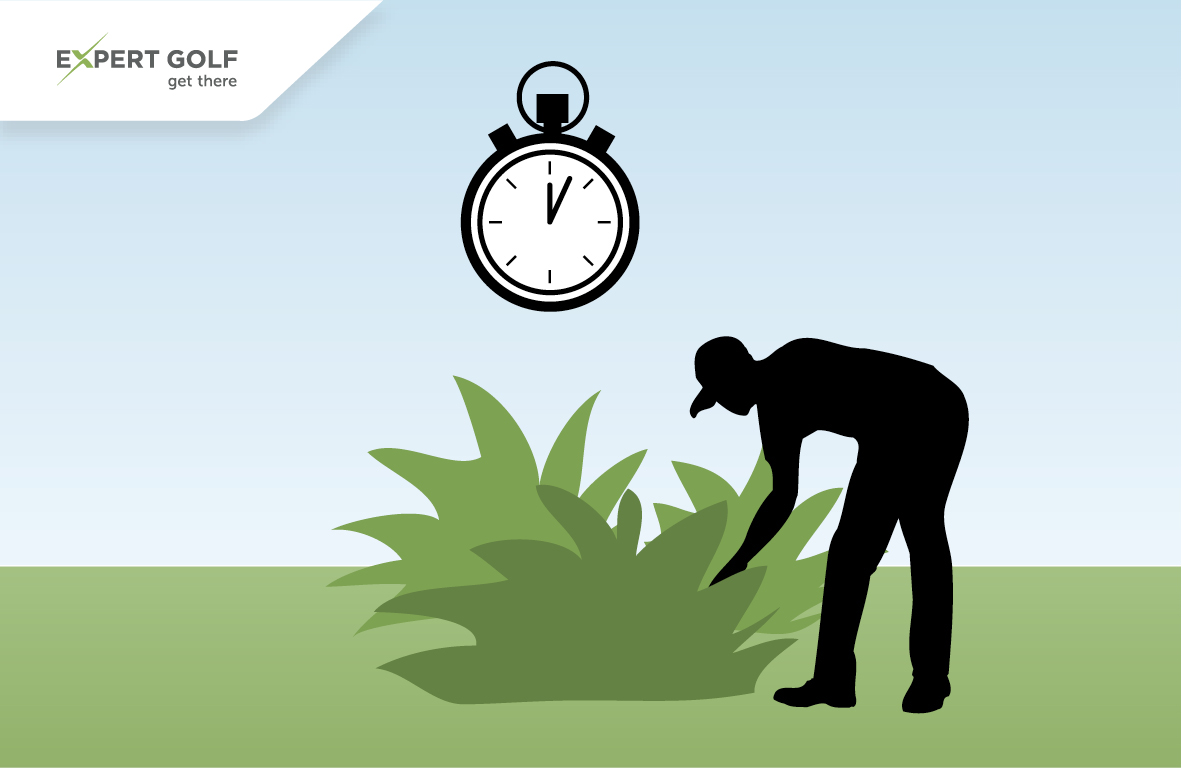 Previously, the player usually incurred a penalty stroke if he moved his ball during a search.

Now, a mishap such as this is without penalty.

Good to know: You can therefore use your feet and your clubs when searching in thick grass without any consequences. The ball must be put back. 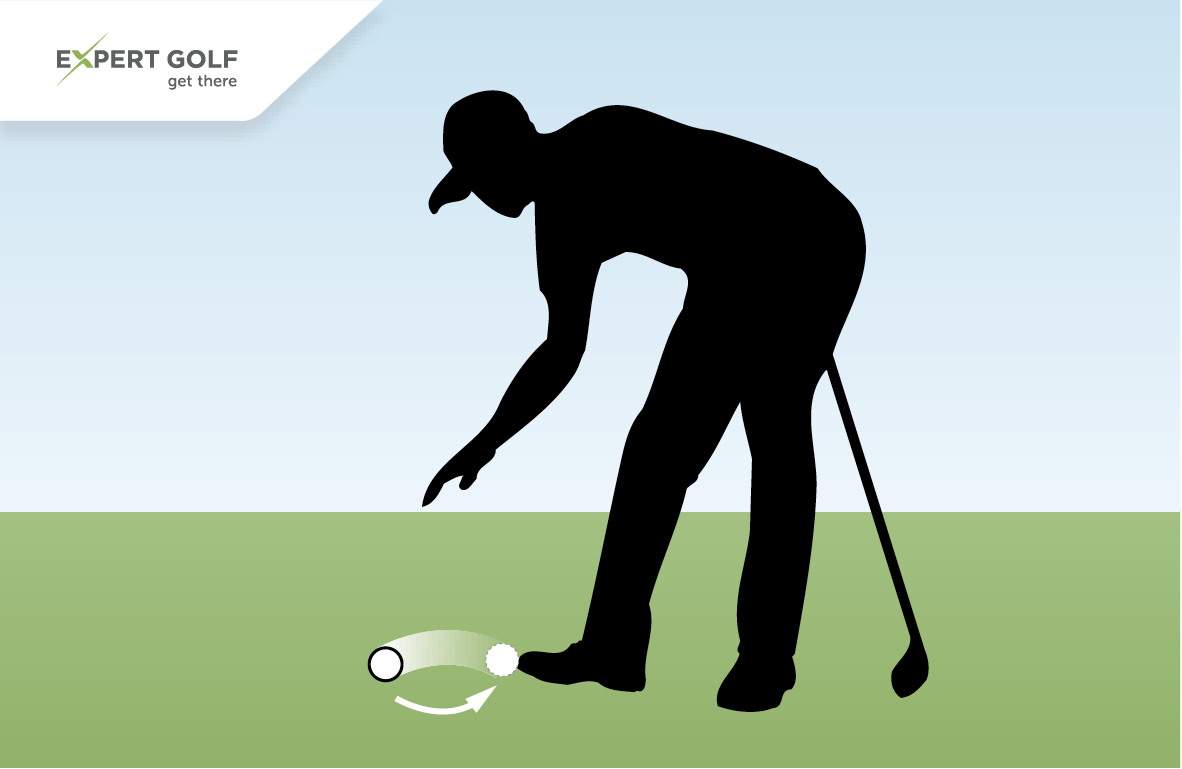 Previously, if you wanted to pick up your ball to identify it, you had to inform a fellow-player in advance and give him the opportunity to observe the process.

Now, you no longer have to inform a fellow-player.

Good to know: If circumstances allow, it is still advisable to inform your fellow-players before you pick up your ball as a matter of courtesy and in order to avoid misunderstandings. 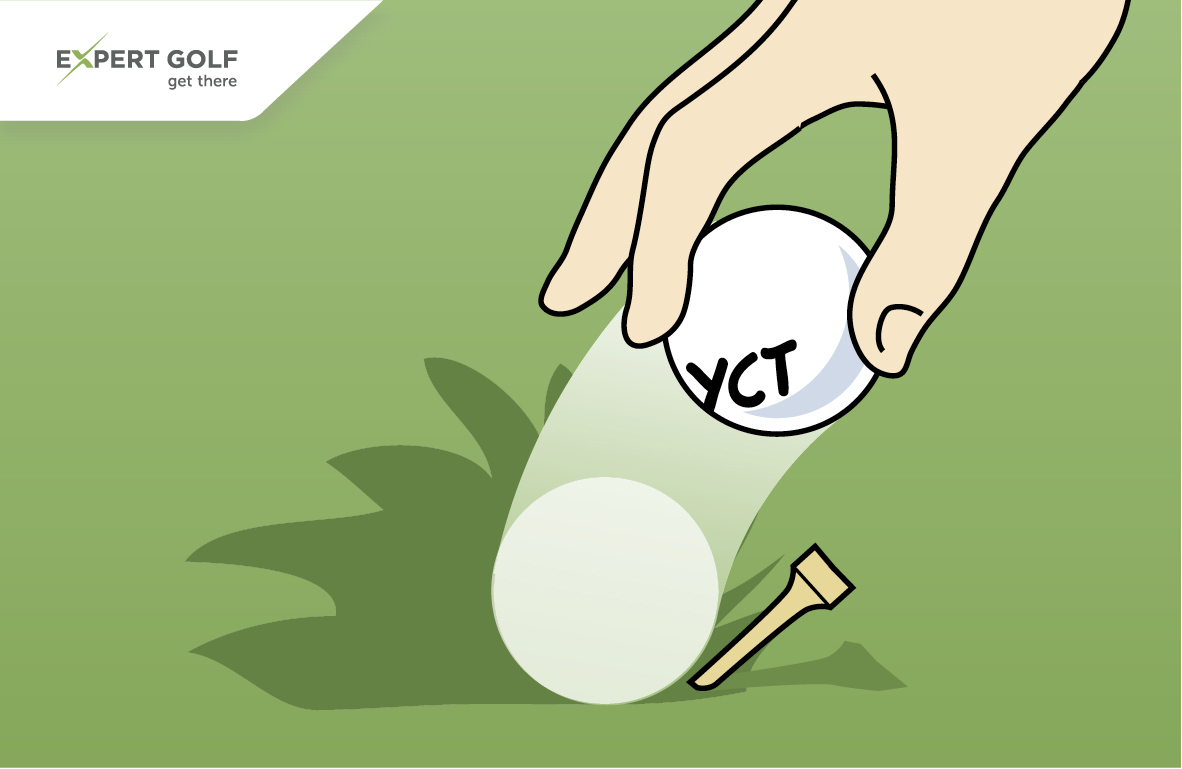 Previously, a provisional ball could only be played before the player walked down the fairway to look for his first ball (however, going forward as far as 50 yards (45 meters) was allowed).

Now, you can also play a provisional ball after you have already looked for your original ball for a while. 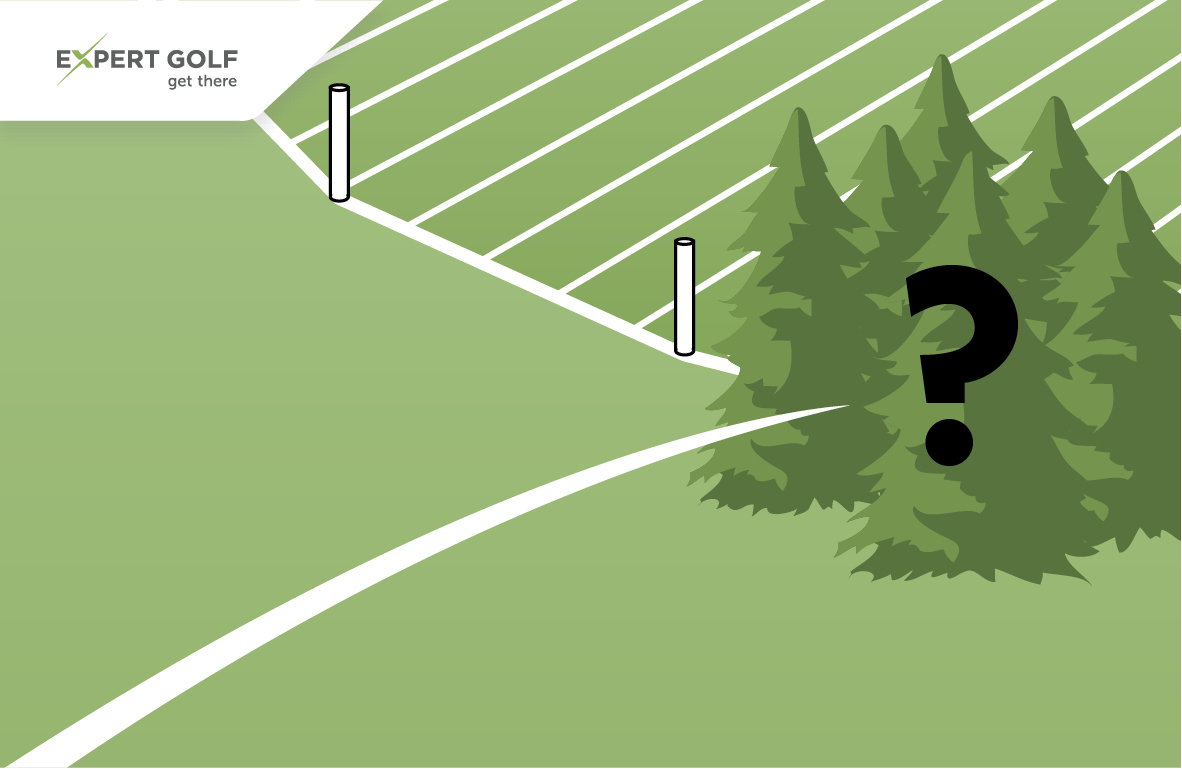 Previously, the player could use any of his clubs to measure out a club-length.

Now, a club-length is defined as the longest club in your bag, except for the putter. 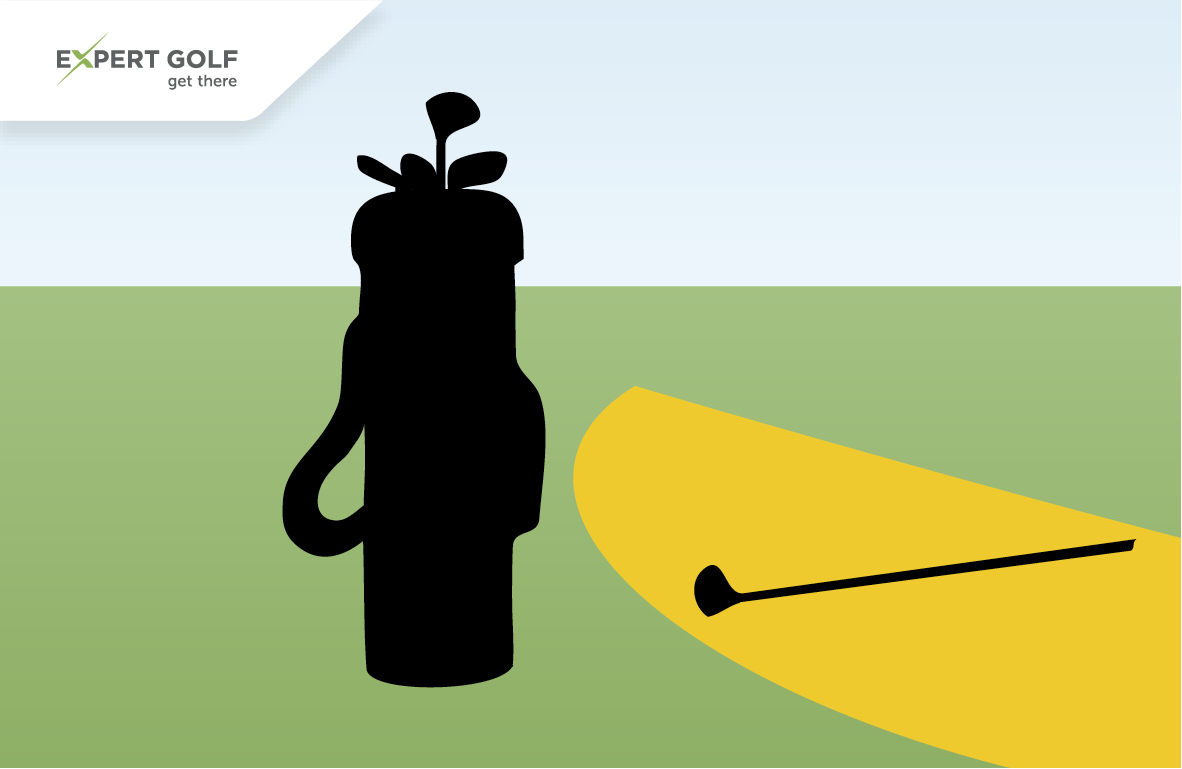 Previously, the ball had to be dropped from shoulder height.

Now, you have to drop from knee height.

Good to know: If you drop from shoulder height out of habit don’t worry, just pick the ball up and drop it again correctly, without penalty. 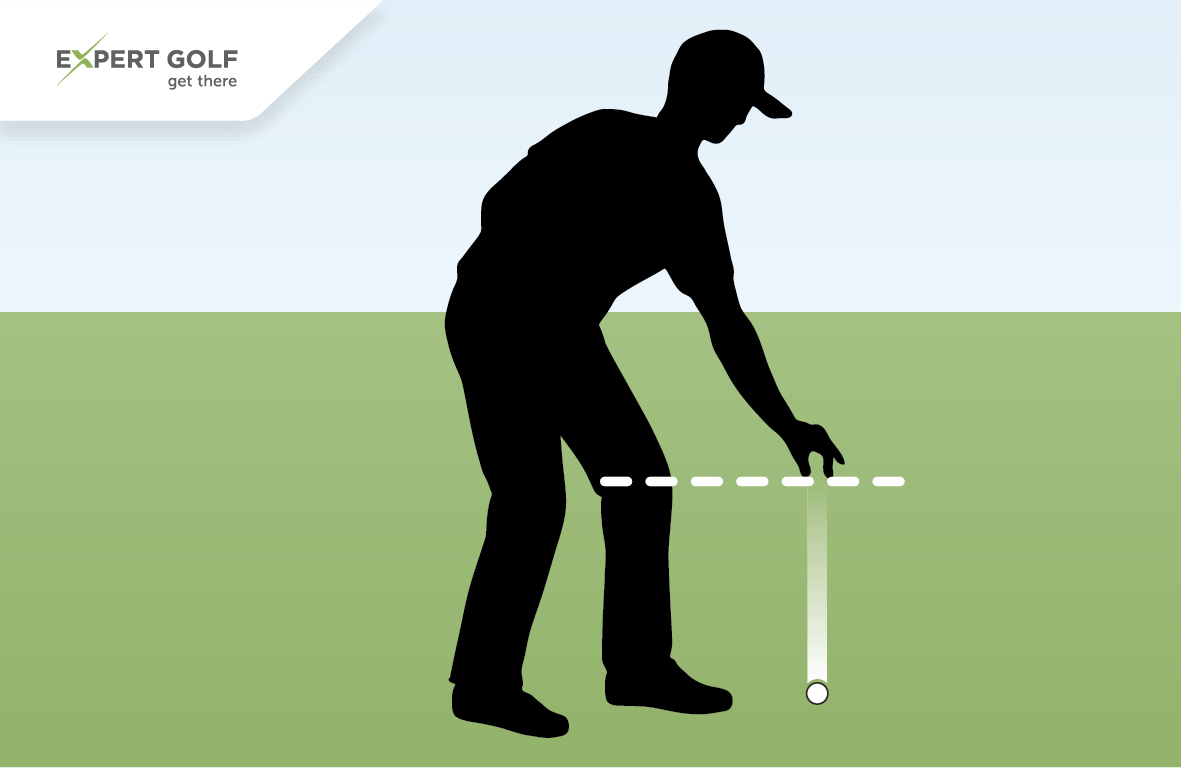 Previously, the player only got relief if the ball had become embedded in a closely-mown area.

Now, you can take a free drop from all embedded balls in the “general area”, including in the semi-rough and rough.

Good to know: Balls embedded in a bunker or in penalty areas still have to be played as they lie. 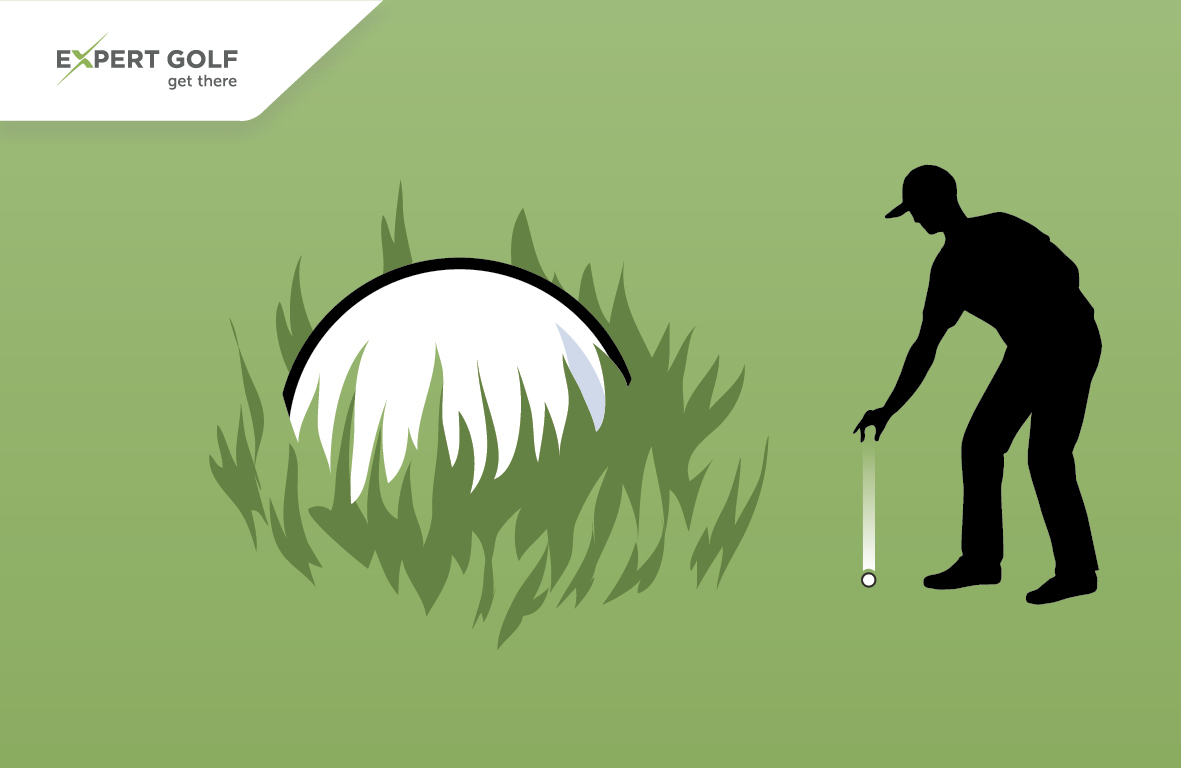 Previously, the player was only given relief from animal holes if they were made by burrowing animals and reptiles, or birds.

Now, the restriction to certain species of animals has been lifted and you can take a free drop from holes and excavation tracks left by all animals (except for insects and worms).

Good to know: This usually involves molehills and mouse holes. 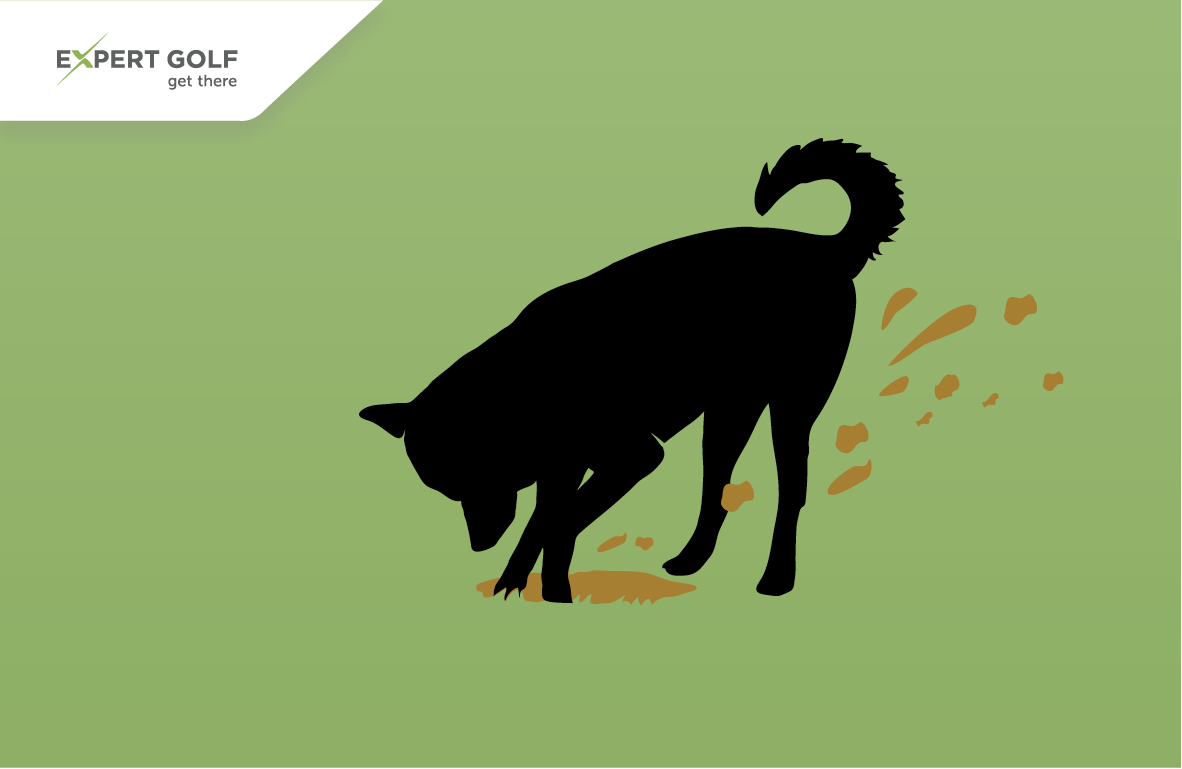 Good to know: The spot for dropping is therefore now usually a bit further away from the green. 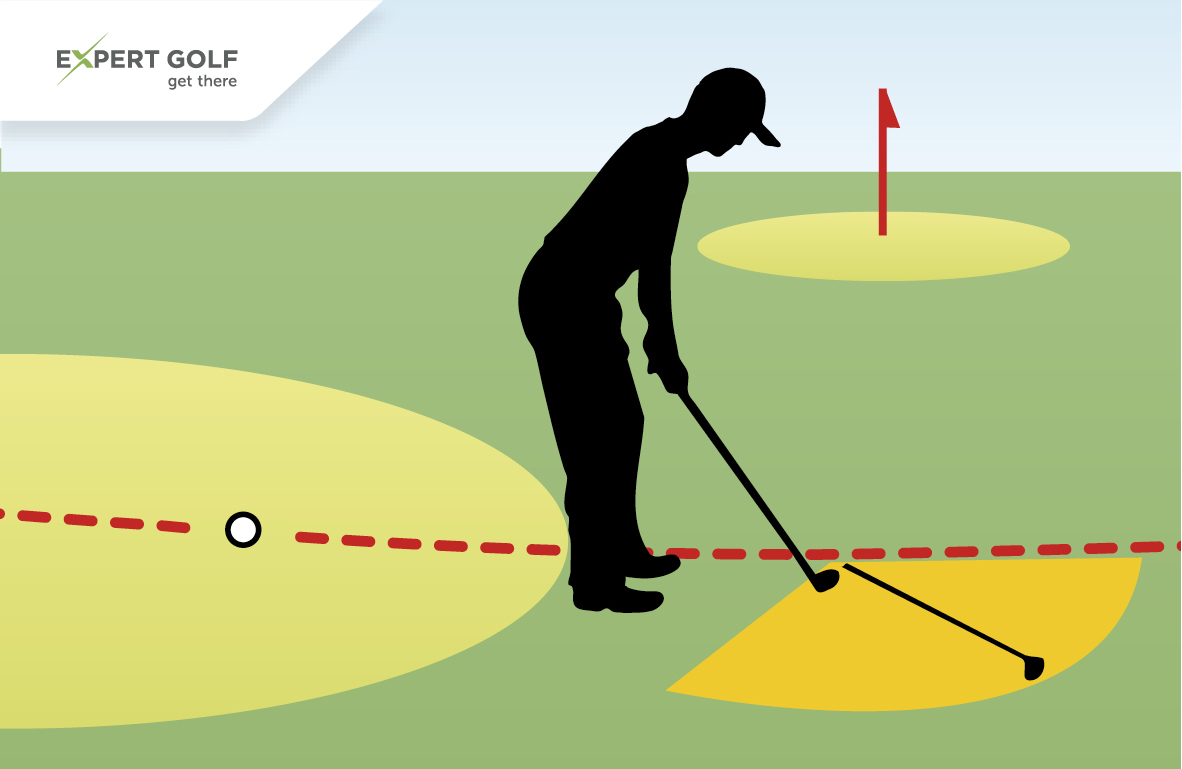 Previously, a penalty stroke was incurred if the player hit himself or his own equipment.

Now, this is without penalty provided it happened accidentally.

Good to know: You are therefore not allowed to use your equipment or your foot as a ball stopper. 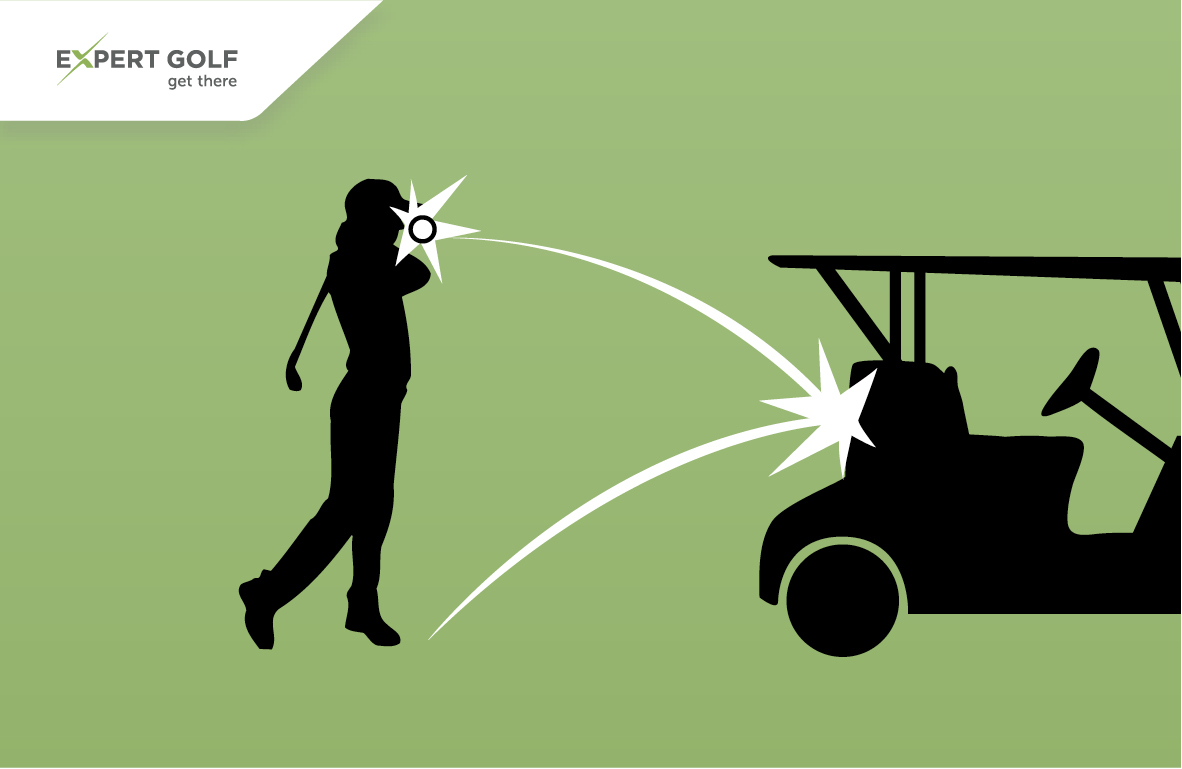 Previously, a penalty stroke was incurred if the club got stuck when a stroke was played and, as a result, the ball was hit more than once.

Now, a mishap such as this is without penalty.

Good to know: A double hit therefore just counts as one stroke.

Previously, touching the sand in the bunker before the stroke was not permitted, except for very few exceptions.

Now, touching the sand incidentally is basically allowed, i.e. you are permitted to lean on your club. However, you are still not allowed to test the condition of the sand before the stroke is played, improve the line of play, ground the club in front of or behind the ball or touch the sand during practice swings.

Good to know: You therefore now do not have to be extra careful in bunkers, especially if you are not very close to the ball. 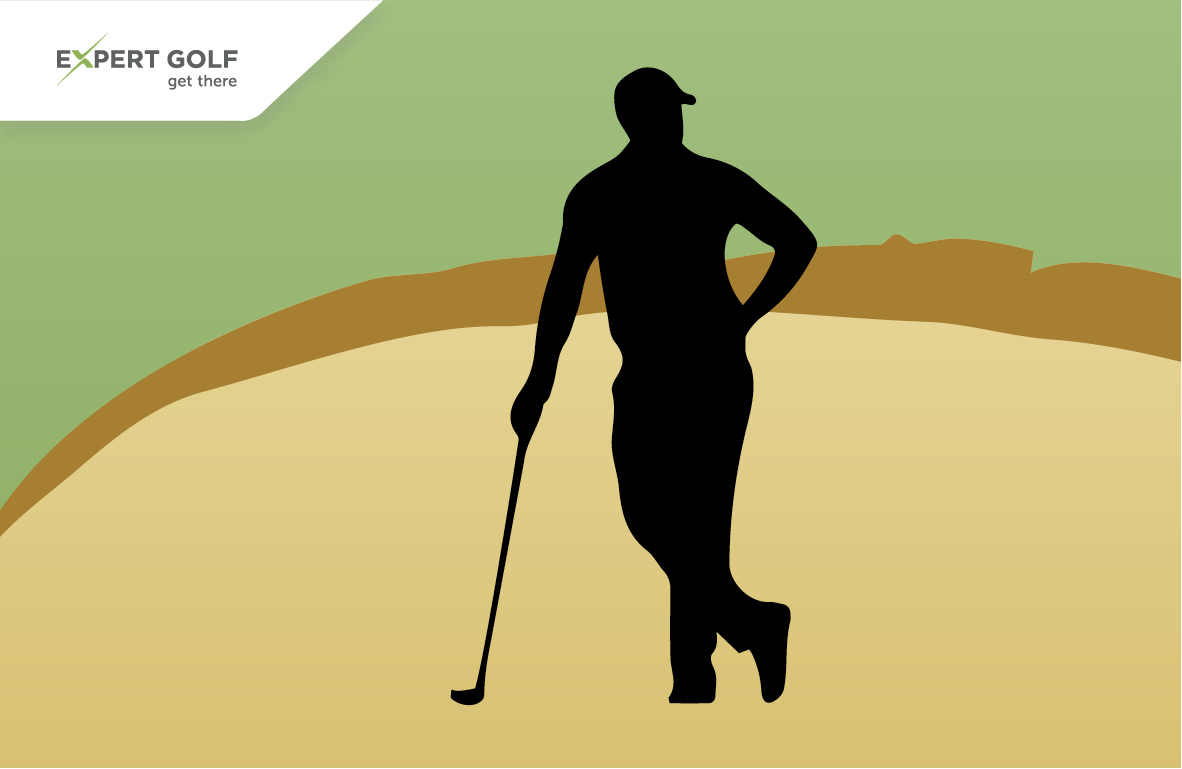 Previously, touching leaves, twigs, stones, branches and other loose impediments in bunkers and water hazards was not allowed.

Now, you can remove them anywhere without penalty, including in bunkers and penalty areas (new name for water hazards).

Good to know: Please bear in mind that the ball is still not allowed to move when removing loose impediments. 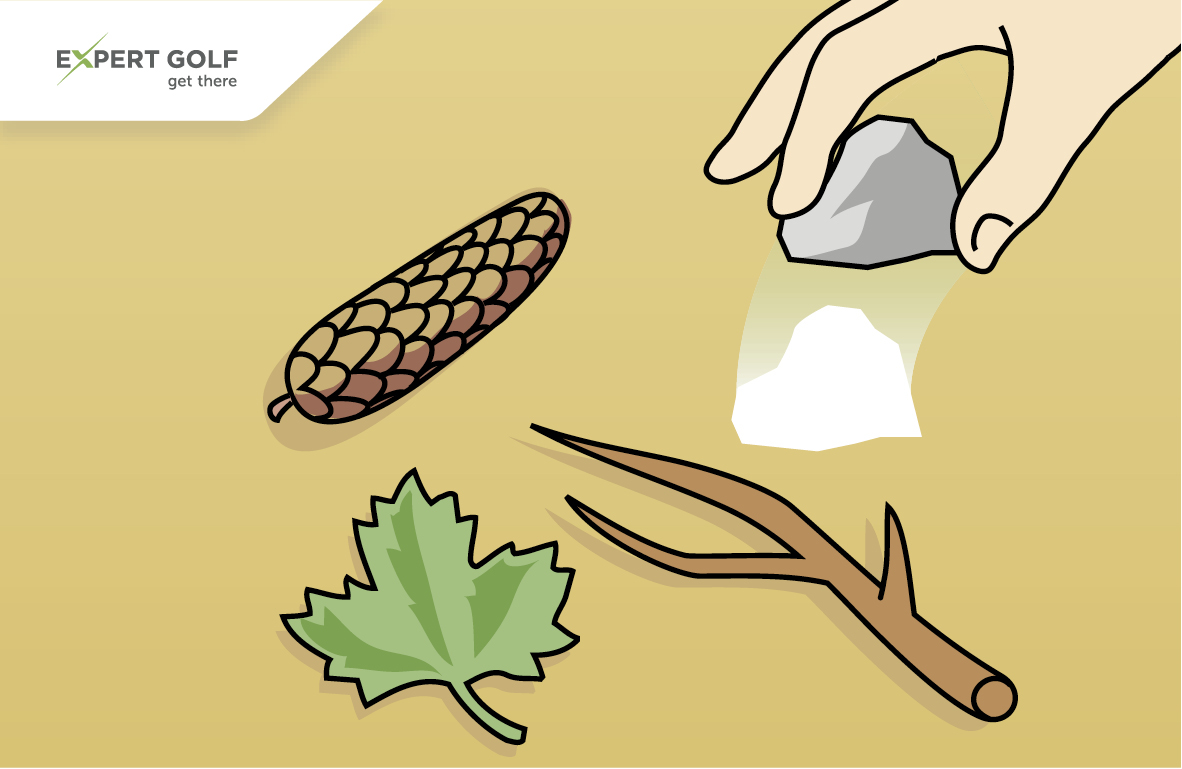 Previously, the player had three dropping options – each incurring one penalty stroke – if he declared his ball in a bunker unplayable.

Now, a fourth option is available. You can also drop the ball directly behind the bunker. However, this option costs two penalty strokes instead of just one.

Good to know: You can use this option to avoid playing a bunker shot at all but in most cases it will not be worth it. 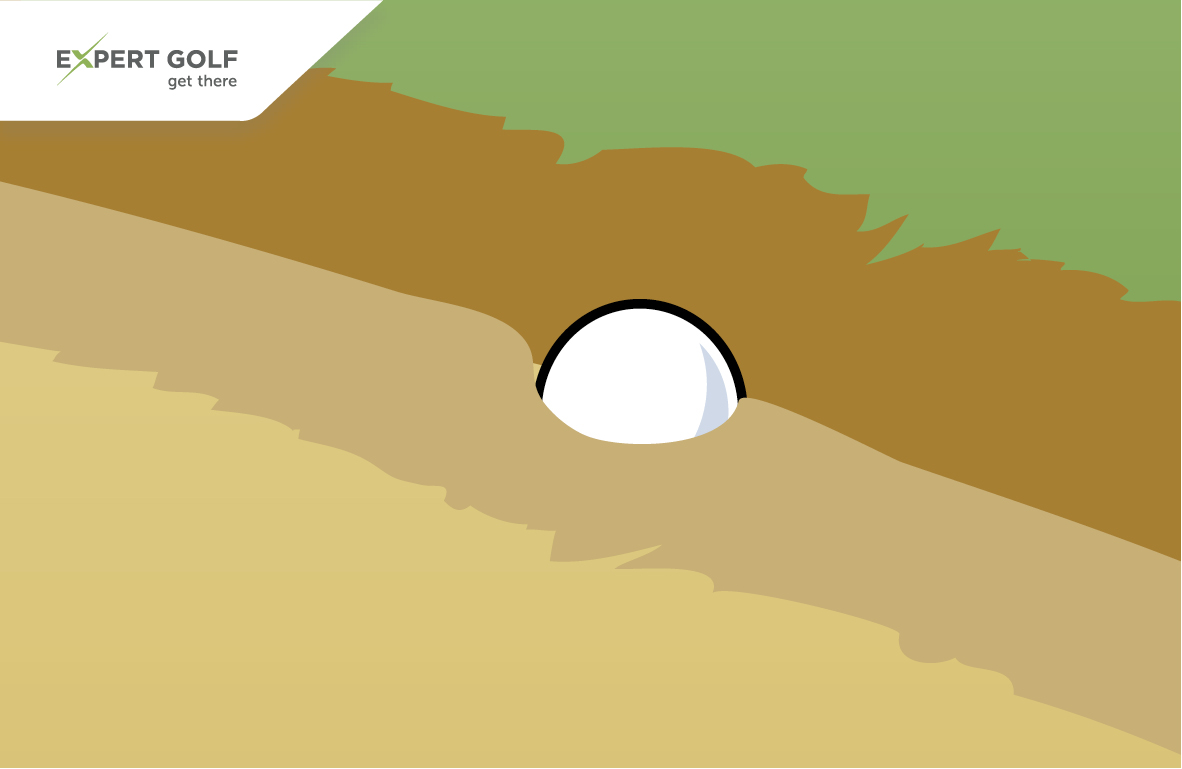 Previously, water hazards could only be marked as such if they actually contained water.

Now, water hazards are called penalty areas and no longer have to contain water.

Good to know: This means that golf clubs are free to mark other parts of the course as penalty areas in order to allow sideways drops and thus speed up the game. 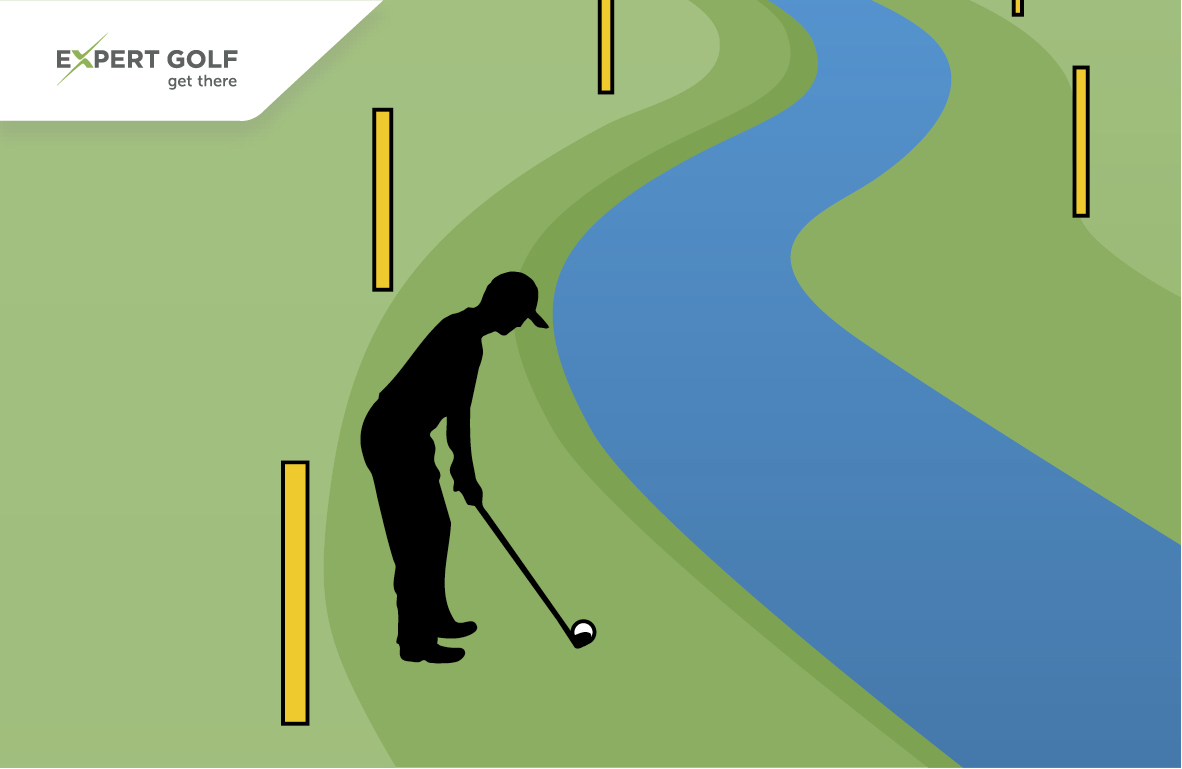 Previously, with lateral water hazards, it was possible to drop on the opposite side of where the ball last crossed the margin of the hazard.

Now, it is called a red penalty area and it is no longer possible to drop on the opposite side.

Good to know: This option was previously hardly ever used and it only led to confusion. 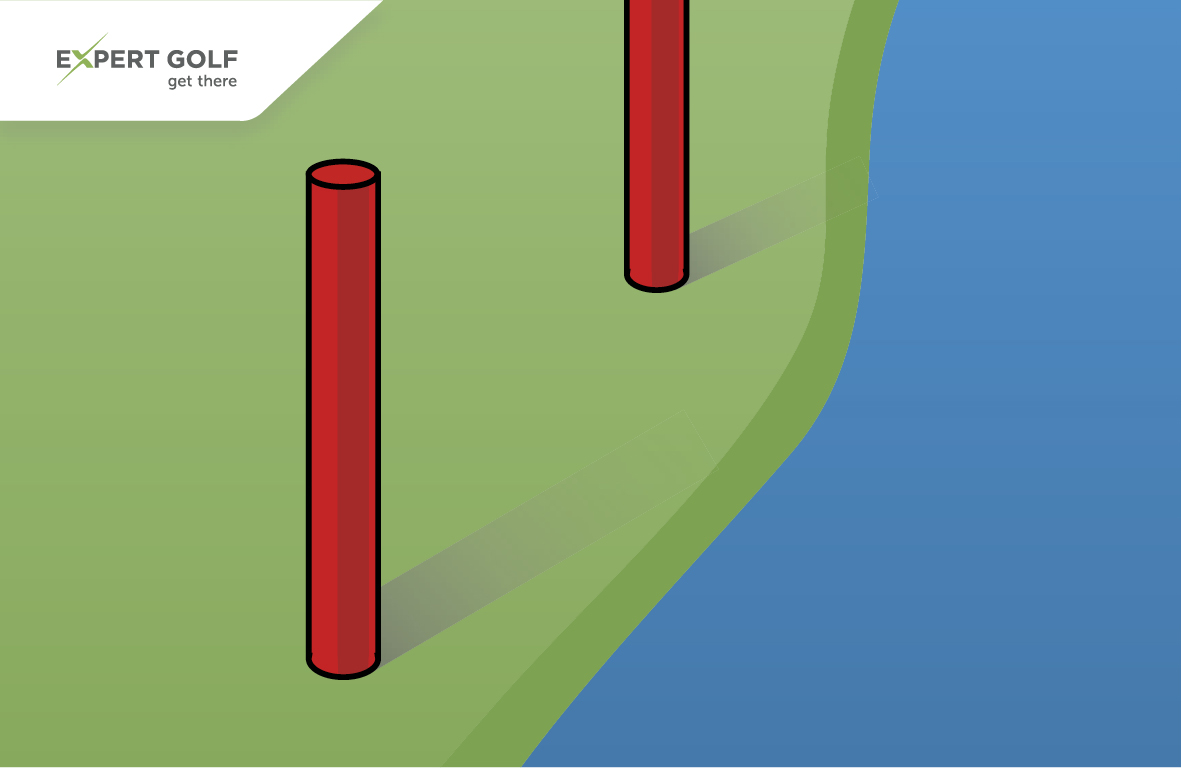 17. Touching the ground and water in penalty areas (Rule 17)

If you decide to play a ball from a water hazard as it lies, you were previously not allowed to touch the ground or the water before your stroke.

Now, you are allowed to ground the club in or out of the water when you play the ball out of a penalty area.

Good to know: Experience has shown that it usually doesn’t make sense to try and hit a ball out of the water if it is completely covered by water. 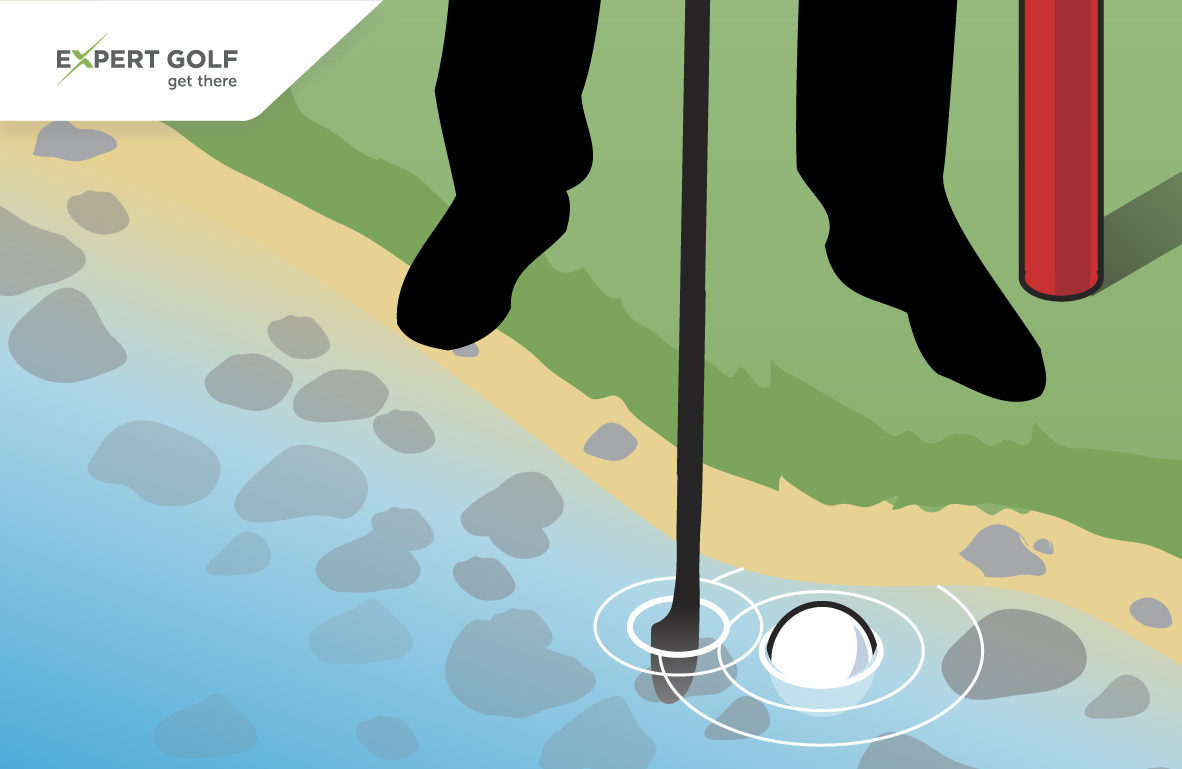 18. Ball moves on the green after being marked and put back (Rule 13)

Previously, the ball had to be played from the new spot if it moved either by itself or due to the wind after being marked and put back. 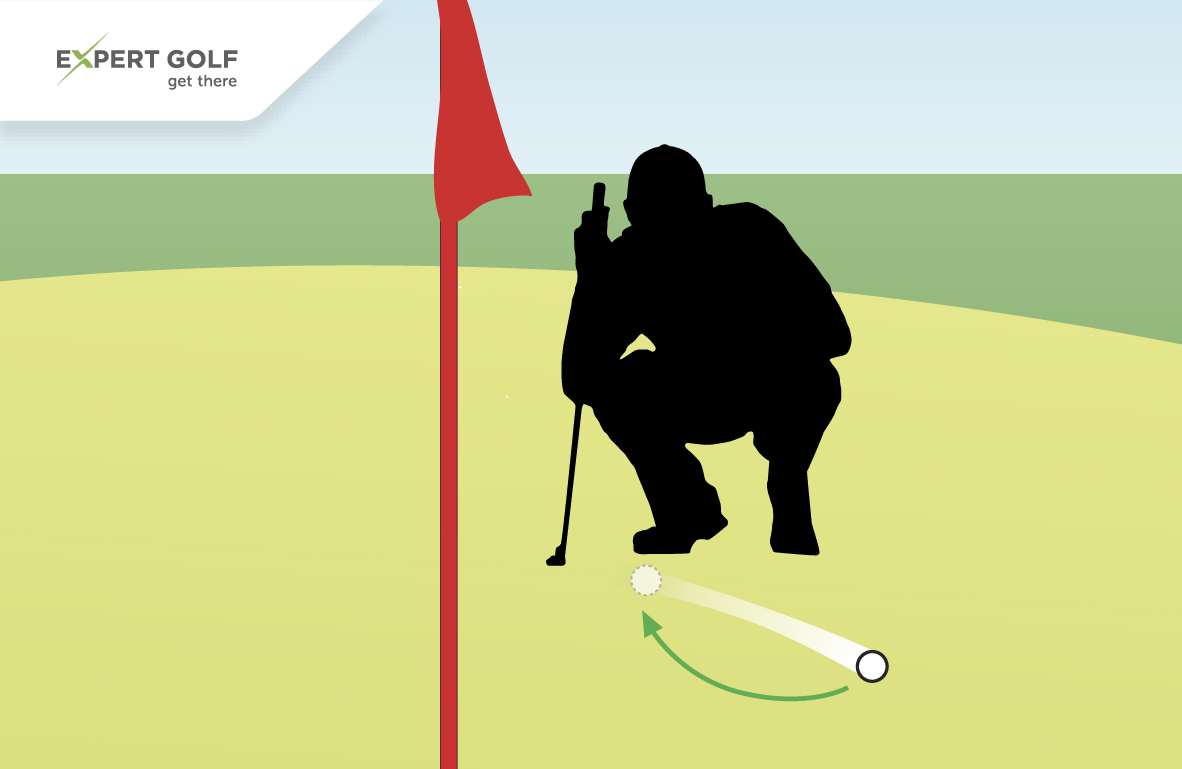 19. Ball on the green moved accidentally by the player (Rule 13)

Previously, accidentally moving the ball on the green was only without penalty with certain exceptions.

Now, a mishap such as this is without penalty in all cases on the green.

Good to know: If, for example, your club slips out of your hand or you make a practice swing too close to the ball and your ball moves as a result – just put the ball back without penalty. 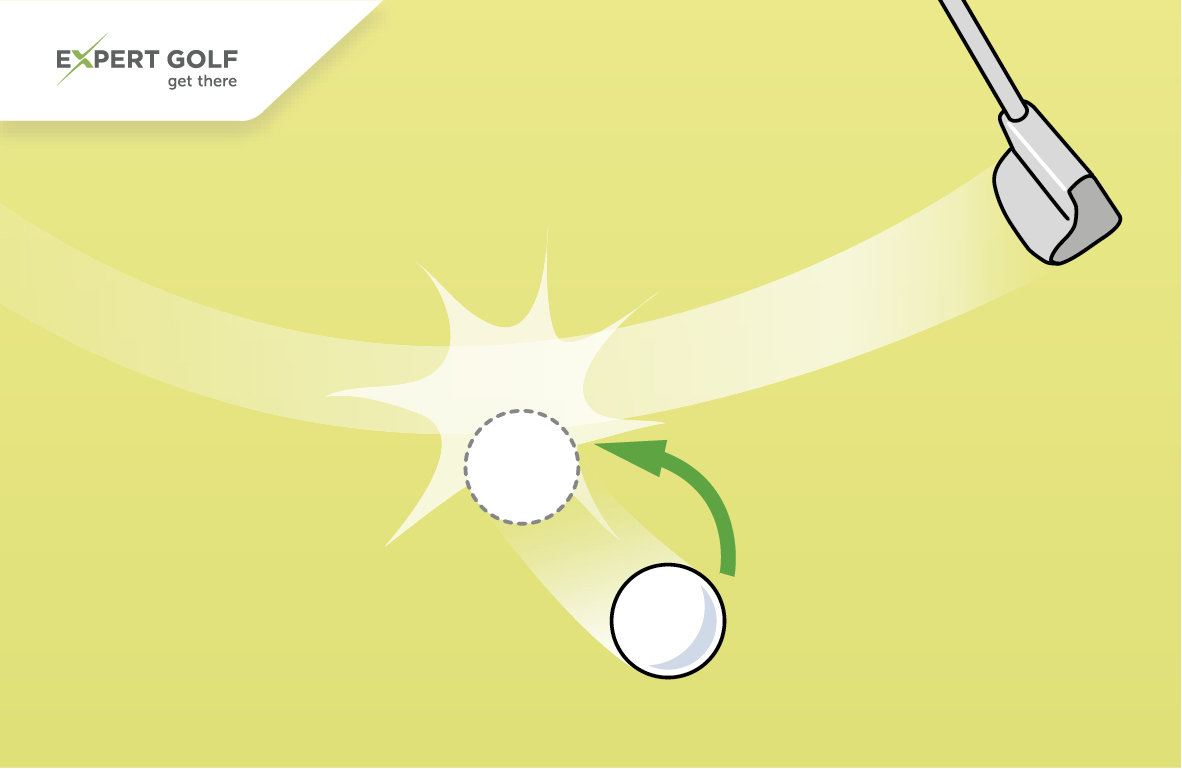 Previously, repairing the line of putt was not allowed, apart from a few exceptions such as pitch marks and old hole plugs.

Now, you are permitted to repair nearly all damage on the green, including spike marks.

Good to know: But this is not free licence to smooth out the entire line of putt, as natural imperfections are part of the game. 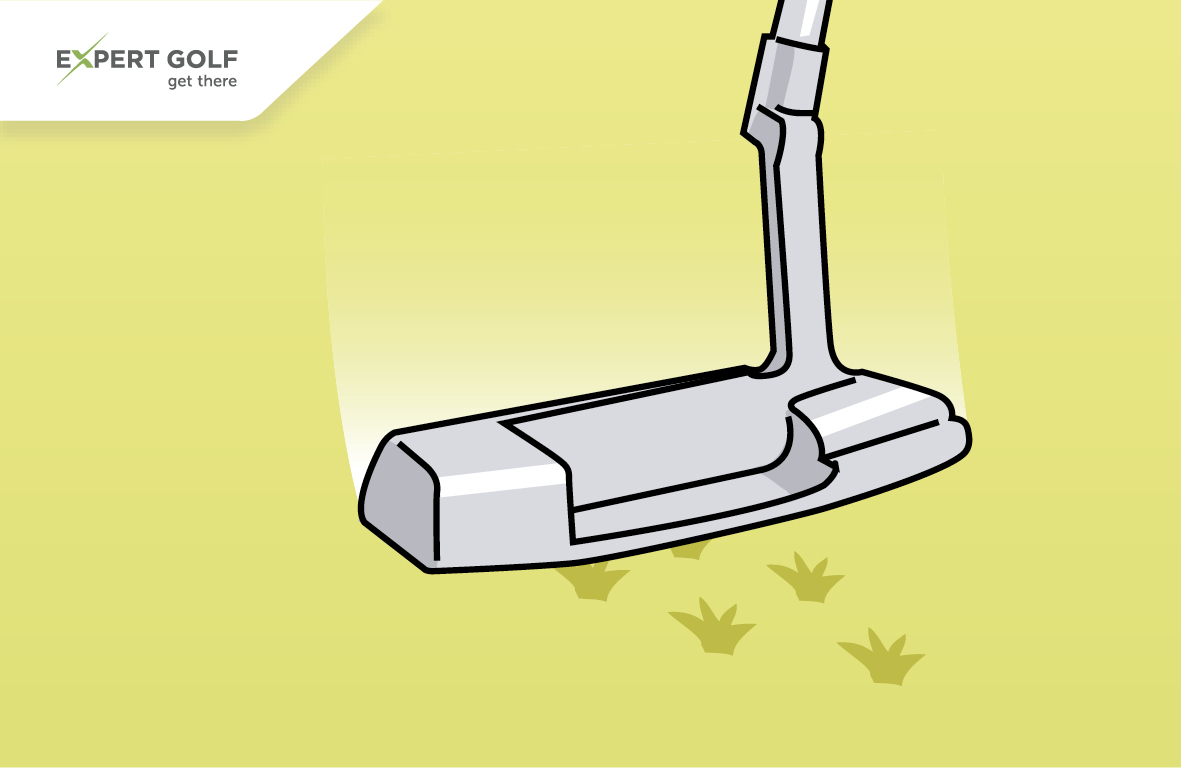 Previously, laying the putter down on the green to line up your shot, for example, was permitted.

Now, you are no longer allowed to position your club to help you line up your stance.

Good to know: The same applies to other objects that could help you to line up. 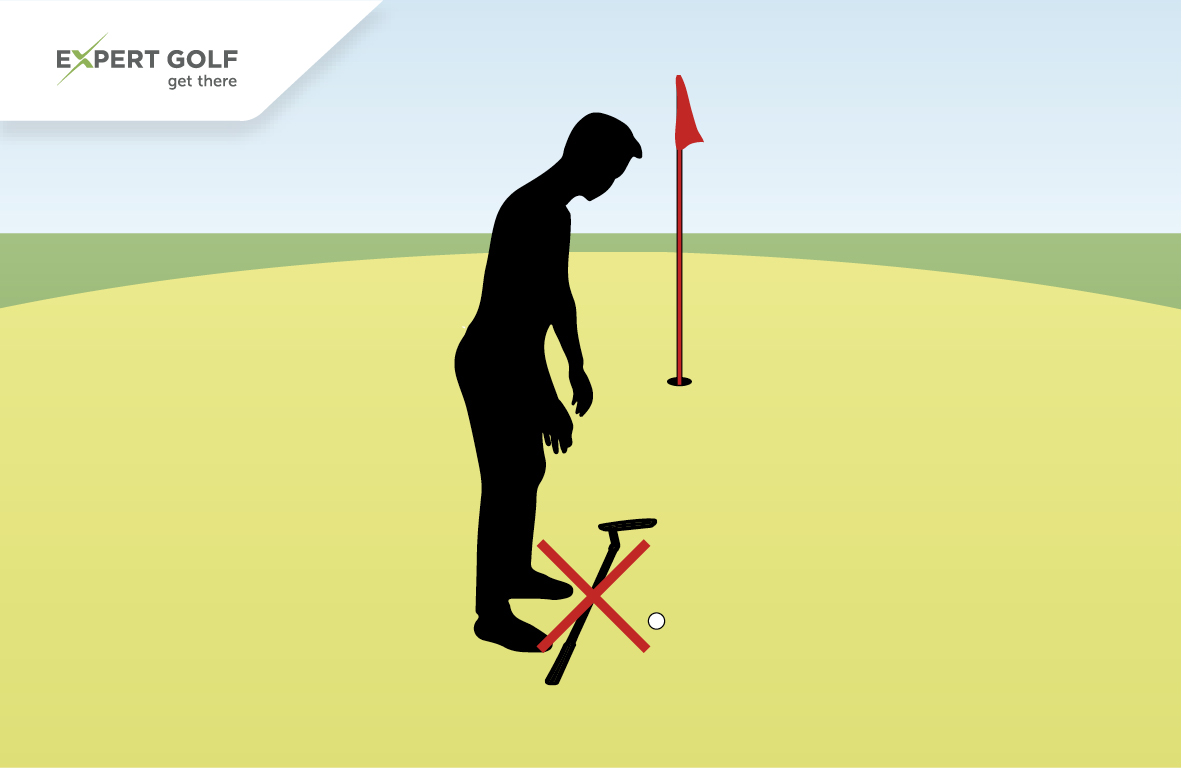 Previously, the player was allowed to get help from his caddie, for example to line up the putt.

Now, the caddie is no longer permitted to stand behind the player and help him to line up.

Good to know: This rule change mainly affects professionals and is of little interest to the average club golfer. 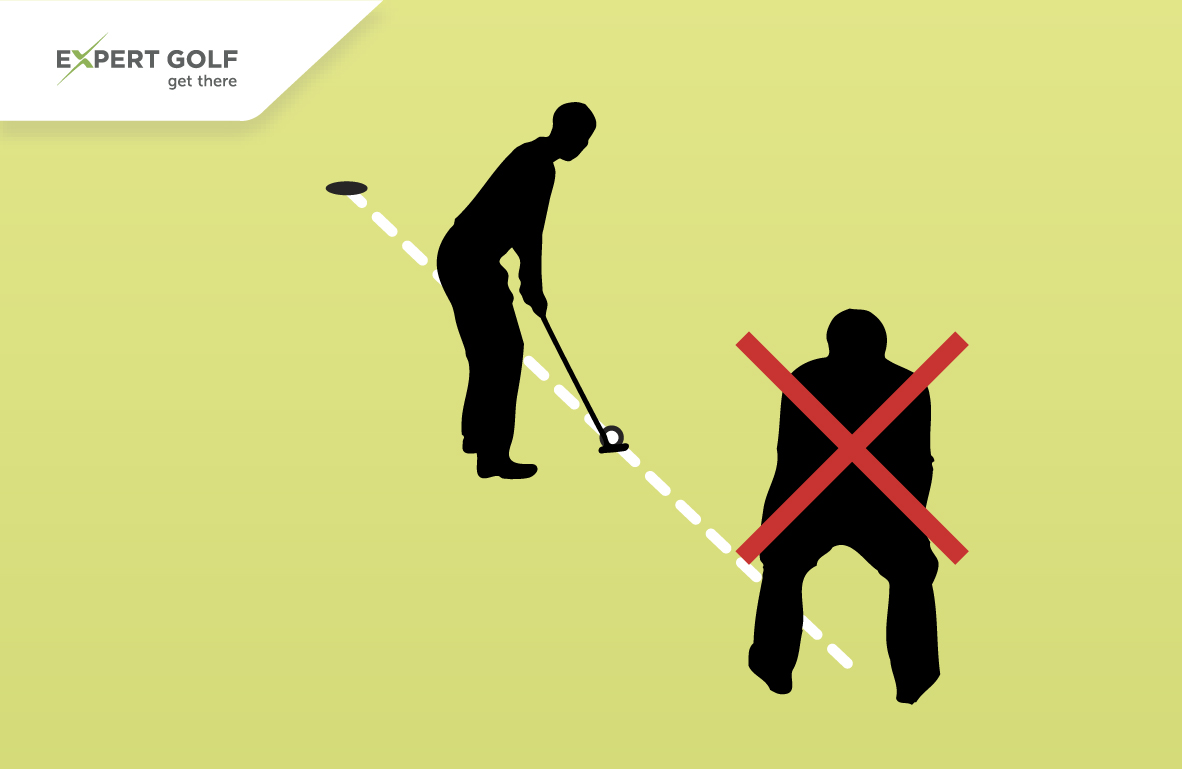 Previously, the flag had to be tended or removed as the ball was not allowed to hit it when putted.

Now, hitting the flagstick is without penalty, which means you can always leave the flag in the hole.

Good to know: Statistically speaking, it is better to always leave the flag in the hole as the flagstick helps to hole out. 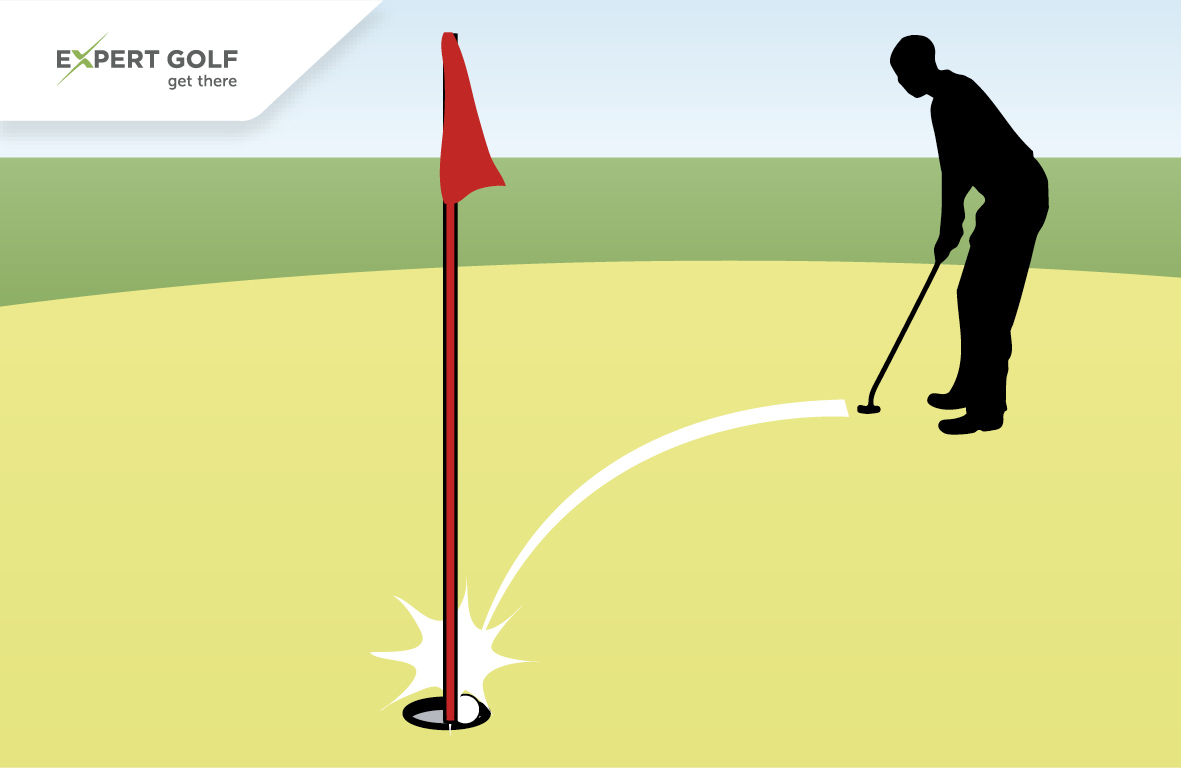 Previously, the flag had to be removed in this case to let the ball fall into the hole.

Good to know: A ball wedged on the flagstick is therefore virtually always classed as holed. 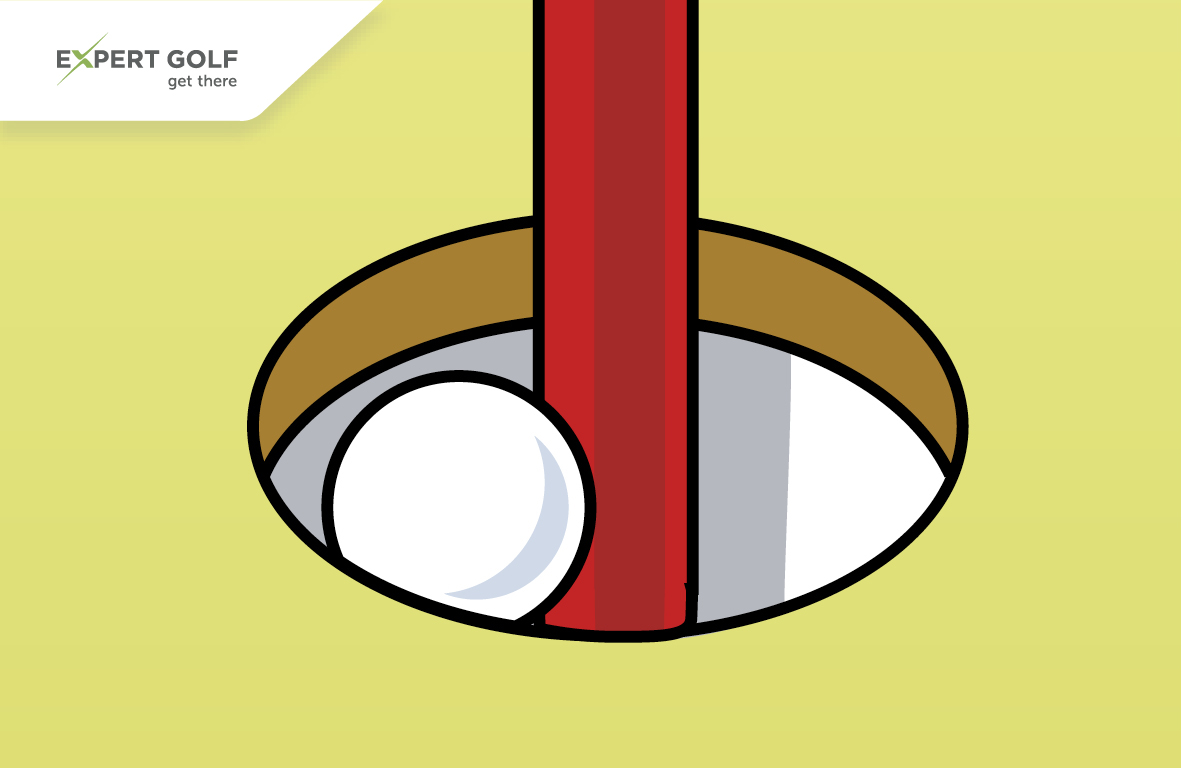 Previously, they were only allowed if they were expressly permitted in a Local Rule.

Now, you are always allowed to use distance measuring devices unless this is prohibited by a Local Rule.

Good to know: In practice, this rule changes virtually nothing as almost all golf clubs already allowed distance measuring devices. 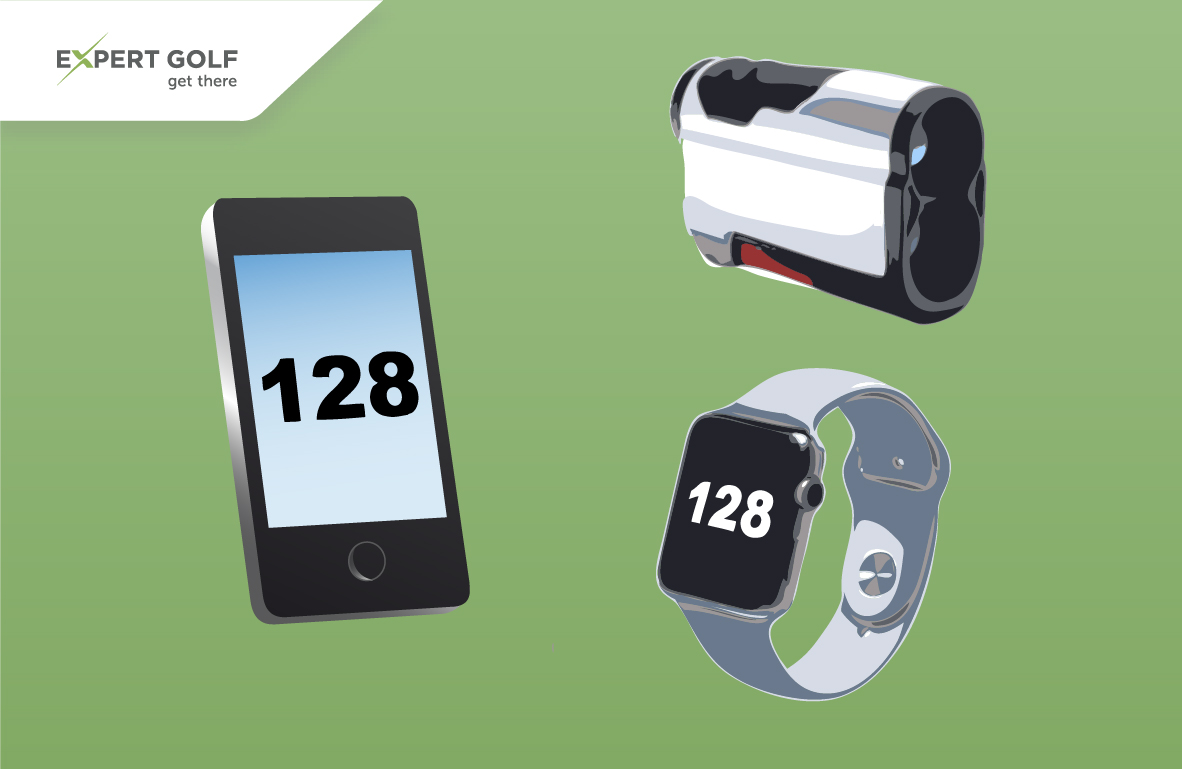 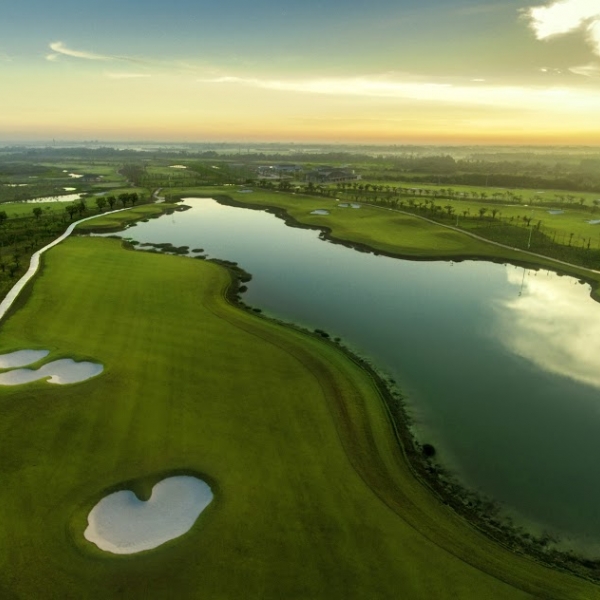 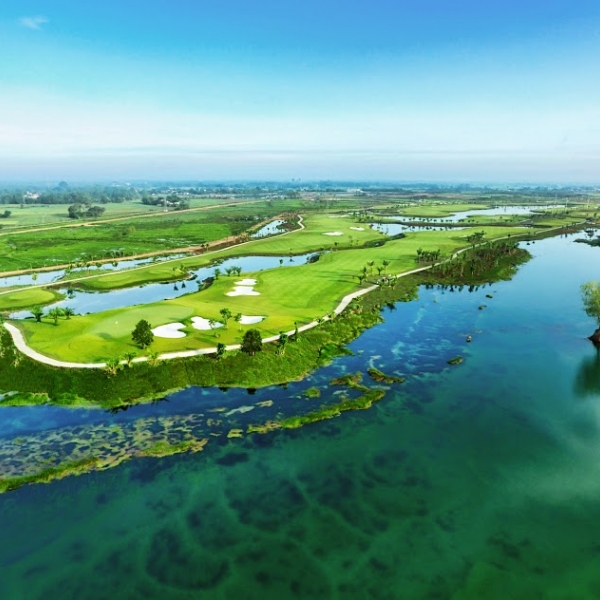 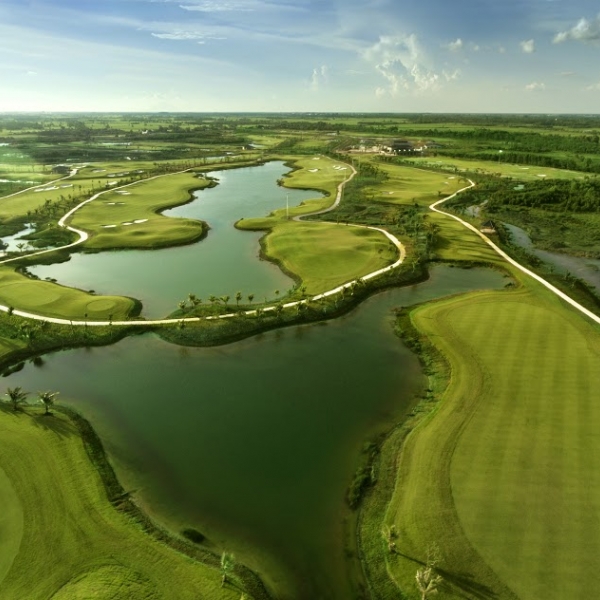 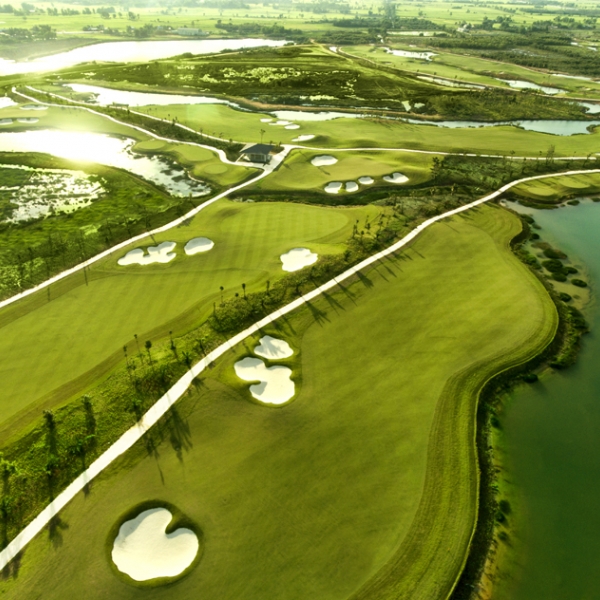